This summer, after taking in the U.S. Women's National Team friendly against Ireland down in San Jose, Caroline expressed a desire to play soccer.

Not ever have played soccer, I immediately researched the myriad soccer leagues in the Bay Area, and signed Caroline up for AYSO (American Youth Soccer Organziation).

To say Caroline had a good time is an understatement.

Turns out she is pretty good at soccer, and she ended up on a team of sweet girls who all got along well together.  And they all played some pretty good soccer along the way.  Or as we call it now, "Football."

Caroline's team ended up going undefeated (10-0) in the U10 girls division for San Mateo.

They then won the league tournament (4-0) and qualififed for the Area Tournament against seven other cities.

In the Area Tournament, they advanced to the finals where they upset a very strong Redwood City team, 2-0!

They then advanced to the Section Tournament against seven other teams from the greater Northern California Area.  They lost in the semi's to South Lake Tahoe 1-0, but bounced back to win the consolation game against Prunedale (Monterey County), 3-0 to take thirld place.

More importantly, Caroline made great new friends, and developed what I hope will be a lifelong love of football!

Fall soccer has now given way to Winter soccer, as Caroline tried out for and was selected to the AYSO Winter Team, which is quite a feather in her cap for a first-year player! 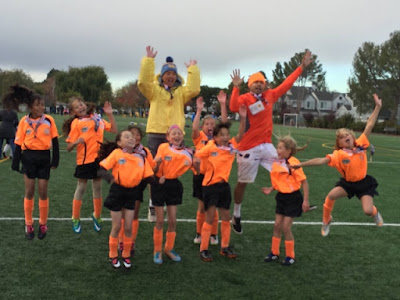 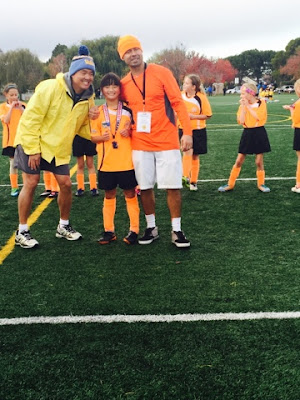 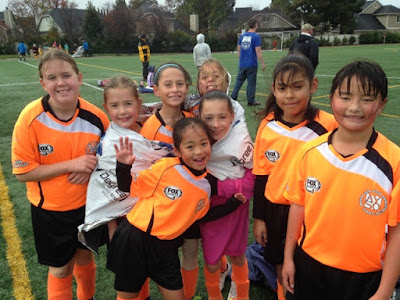 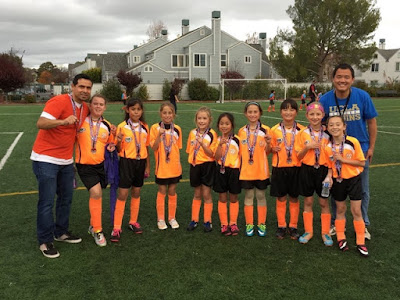