The girls were watching "Dora the Explorer" tonight. They've watched the show with less frequency over the past year.

Tonight, as the "Map" was going through his usual routine of repeating everything he says three times so that babies can follow what he's saying, Caroline exploded.

Sitting on the edge of the couch, and yelling directly at the television, she shouted:

I laughed out loud, and Caroline looked at me and said, "I mean, why does he have to repeat himself so many times? We're not stupid."

I think Dora and company are not long for our household. 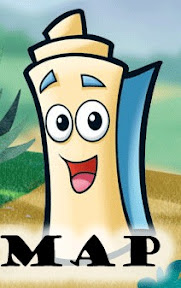 - Posted using BlogPress from my iPad. Apologies for typos!